I'm a coach at Waxman's Gym and founder of Barbell Performance at DEUCE Gym.  I've trained and coached under the direction of Sean Waxman and Ursula Garza Papandrea and am currently a member of the Waxman's Gym Weightlifting Team.

I've served as the strength coach for Loyola High School's water polo team and was an Intern Strength & Conditioning coach at USC where I oversaw the Women's Crew team, reaching a #1 ranking in the nation during the season, as well as assisted with football and 8 other Olympic sports teams ranging from Women's Basketball to M/W Water Polo.  Additionally, I've spent time coaching at two of the more prestigious CrossFit gyms in the country, CrossFit LA and CrossFit Central (Austin, TX).

My specialities include coaching sports performance and weightlifting to groups, teams, and youth athletes.  I'm a Certified Strength & Conditioning Specialist (C.S.C.S.) through the NSCA and a USAW L1 Sports Performance Coach.

Prior to coaching, I was an All-American water polo goalie and two-time National Champion at USC. 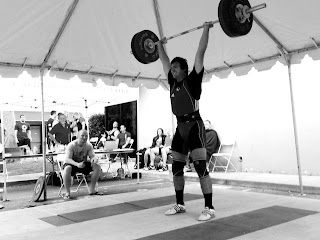